The chamber of Trades and Crafts of Val d’Oise (French department) decided in the mid 2000’s to create a professional training center for apprentices in Villiers-le-Bel (France). To highlight such a successful facility in such a difficult area, the administration decided to project its extension and its local branch on an adjoining site. This new building is composed of offices and professional training rooms accessible to the public. In order to develop the educational objective of the Chamber of Trades, the site plan was thought as a micro campus. Surrounding the park, the future extension will be settled at the edge of the site; the closest edge from the neighbouring school. On the north side of the park, the street Louis Perrin is rapidly expanding. On the south side, an highway linking La Francilienne (Parisian highway) to Garges-les-Gonnesse is being built. To answer those contextual appeals, the project fits into a non oriented circle addressing itself to everyone. The building was thought as a “folly”. The circle is divided into two halves along a north/south axis. The entrance faces the south, where the school and the bus stops are situated. The building can easily be located by everyone walking down the street. The north side of the building welcomes the six offices. Those workspaces have a view on the whole park and enjoy natural light all year long. Moreover the circular shape allows to optimize surfaces (20%): workspaces at the periphery and services in the center. As surface was gain the heated volume and the energy consumption were reduced. A perforated double skin is set up around the building to ensure both privacy and safety to users. The system also provides shade to interior spaces. Distant from the façade, it creates a terrace all around the building and extends the interior floor. The solar shading system is framed with 96 “arches” strictly identical and articulated in 3 points (foot, elbow, top). Those arches are anchored in the ground along an ellipse whereas they are attached to the roof along a circle. Perforated aluminum steel sheets are fixed on this frame thanks to rivet. Perforations vary according to the different aspects of the building.


Client: Chamber of Trades and Crafts in the Val d'Oise 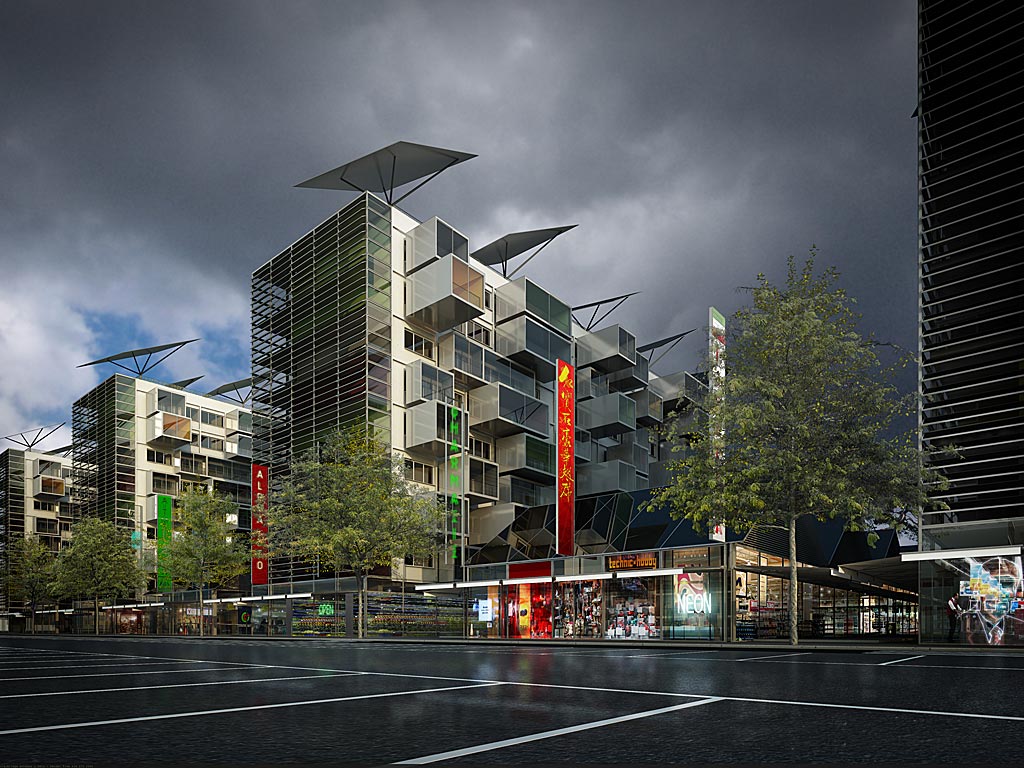